Here is a 4-minute overview, and some of the results students have received—

Instead, these symptoms are the result of the metabolic toxic overload that stem directly from  the modern-day food choices that most people now consume daily. Yes, those foods are now so pervasive, they're considered normal. They're considered dinner, and lunch, and even breakfast. But those choices are hurting us deeply, costing many their bank accounts, their careers, and wreaking havoc on our national health care systems.

Well, you're not alone. Many leaders in the standard medical model still don't grasp how deep the diet-disease/diet-health connection really is, and therefore didn't tell you at your last appointment, so skepticism is only normal. Almost every student who's taken this course had that same doubt.

Reversal of Your Symptoms is Quite Doable

But make no mistake: the reversal of your symptoms is quite doable in the next few weeks. And quite provable—as over 20,000 participants have already seen—through this simple and inexpensive change of diet known as a nutritional cleanse. 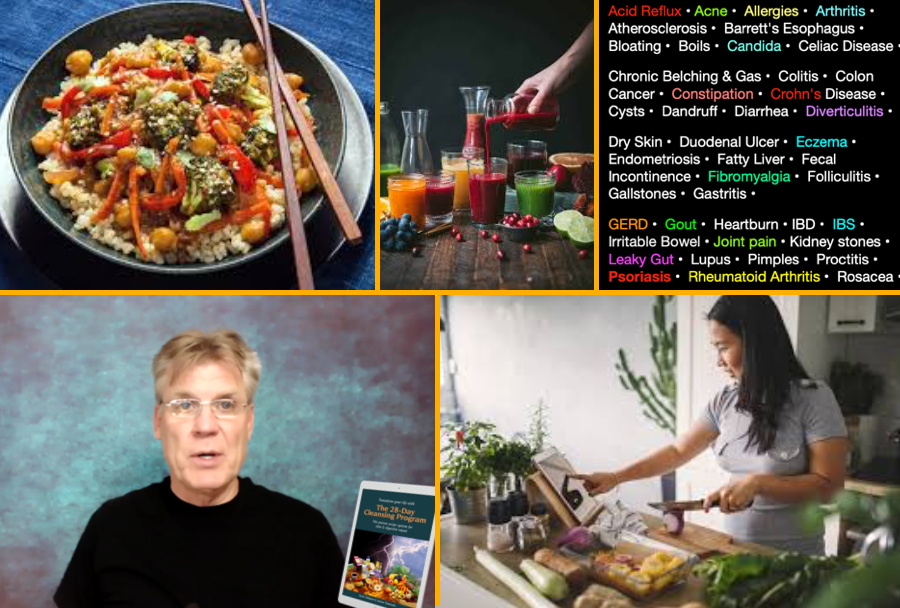 A quick 2-minute introduction to this course: