Scott Ohlgren has taken the complex topic of Staying Healthy and brought it back down to where it belongs: down into the dirt. Like a Master Gardener for human beings, he shows that the repair of our symptoms isn’t to be found in drugs or surgery, but where the source of health has always been: nutrition. He teaches us to stop chasing symptoms, and instead, to put our focus on the real problem: the break down of our inner terrain.

He has sold over 110,000 books, tapes, and videos on the diet/health connection, and has been featured in Success Magazine. He's been the the keynote speaker at the International Colon Hydrotherapy annual meeting, and have been invited to give talks as far away as The Ukraine and Dubai. This online 28-day Cleansing Course has taken over 22,000 participants through the same process that he learned decades ago.

Raised in Wisconsin during a time when Spam, Velveeta, and Cap'n Crunch were considered part of the four Food Groups, his introduction to the diet-symptom, diet-health connection came just in time. At age 19, tired of bad health and daily use of symptom-chasing pharmaceuticals, a friend shoved a book into his hands, saying, “Change your diet, and those symptoms will go away.” Weeks later, these symptoms were gone.

He is a 1985 Kushi Institute cooking and healing school graduate. He studied at the Rolfing Institute and became a certified practitioner.

Scott’s main passion is to have people prove to themselves– to have the physical experience–of this connection between their current symptoms and the food that they have been eating for decades. That the role of healer belongs not to those from hospitals or laboratories or the high priests of medicine, but is actually as close to home as our own hand to mouth. To show that our job — as parents, teachers, and leaders–is to return the responsibility for our health back to where it has always belonged.

In his mid-twenties, shortly after reading Nutrition and Physical Degeneration, by Dr. Weston Price, Scott took off on a trip around the world that lasted three years. From 1979–1982, he hitch hiked through eastern Europe, spent a year through Africa, sailed for four months on a 41-foot sloop off the coast of Madagascar, visiting tiny islands like Farquhar, Mauritius, and Mayotte, and then six months living in Australia. Scott did a similar seven-month voyage again in 1996, going back and visiting many of the friends he had made 17 years earlier.

Scott has been known to paraglide, ski, be a rabid Sheepshead player (a mid- western card game), been doing hot/cold plunges since the 70s, lifts weights, and has been a scuba diver since 1980. He lived in Colorado for over 30 years, but now resides with his wife, international model Roxanne Gould, in Sarasota, Florida. 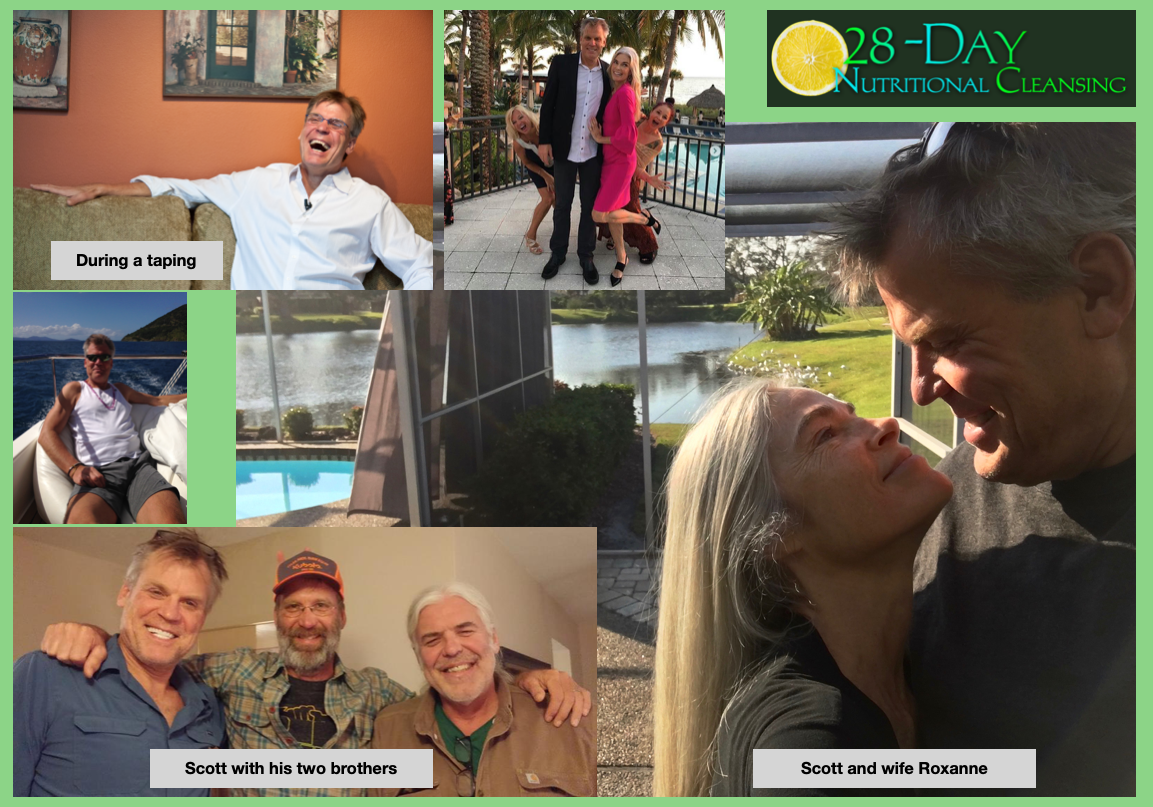